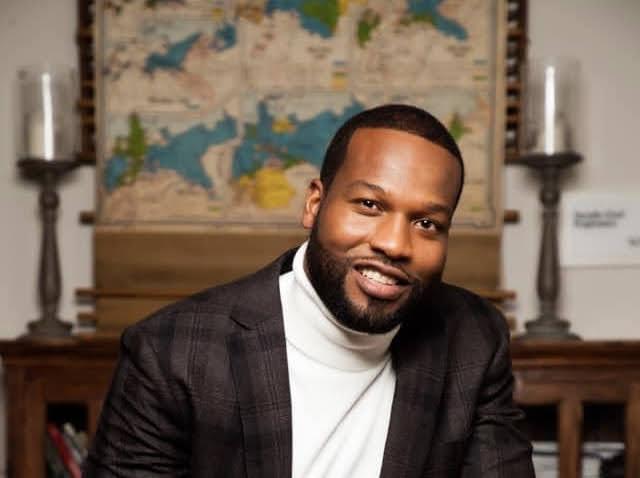 Jean Rebecca is the co-founder of Stand for Haiti (Kanpe Haiti) and was born in a small village located in the city of Croix-des-Bouquet, Haiti. This is the genesis of Kanpe Haiti. This is where it all began.

Jean came into this world in the most unusual way fathomable. After being pregnant for more than 11 months, Jean’s mother went to the bathroom in the middle of the night. And that was when Jean was born in a bucket. As a very young child, Jean was forced to eat paper and dirt just to avoid starving to death. In 1985 at the age of 6, Jean migrated to the United States. Not knowing the language or the American culture, Jean was subjected to constant bullying; just for being different.

Jean was raised in Palm Beach County, Florida from the time he was six. Outside of school, he self-taught himself how to speak English.

With his mother in Haiti, Jean grew up with a dad and his dad’s girlfriend uncomfortable, dysfunctional, and abusive household. He lived in a home and neighborhood where drug use, trafficking and prostitution were commonplace. His family in the states was poor, as well, forcing Jean on occasion to wash and wear the same clothes to school. 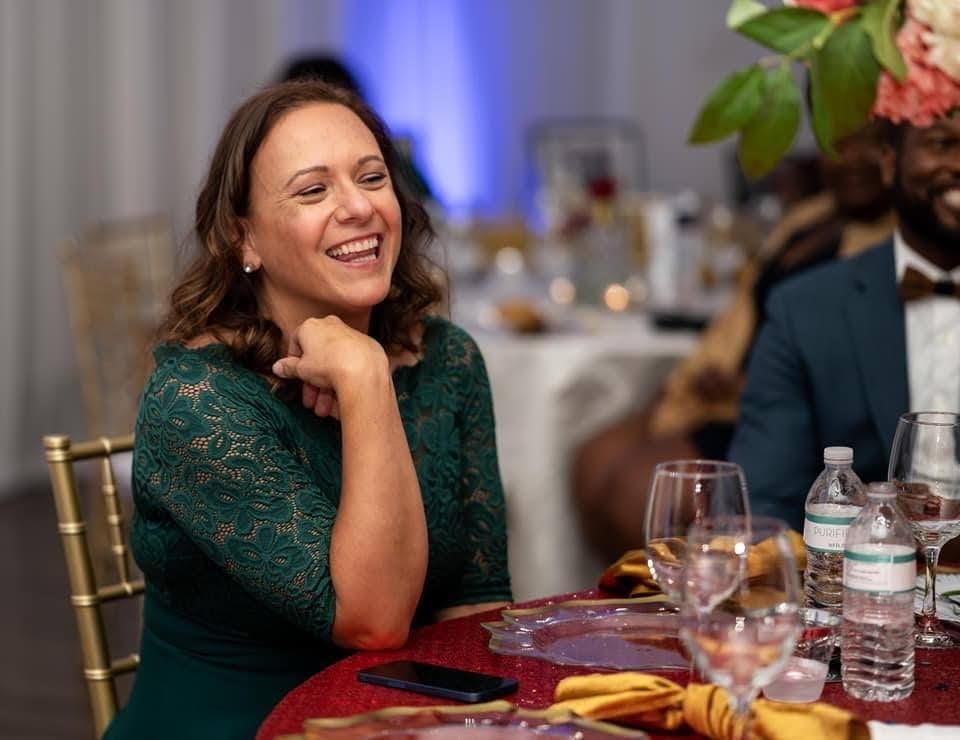 Sylvia Rebecca is a co-founder of Stand for Haiti (KanpeHaiti). Sylvia, the wife of Jean, was born and raised in Boynton Beach, Florida and moved to Charleston, SC nine years ago. Sylvia is a paralegal for a firm in the Charleston area. She loves Haiti and has a strong connection to the children. It was her dream to start something in Haiti for the kids and she is amazed at how something she thought would be impossible has now become a reality. In her free time, she enjoys spending time with family and friends. 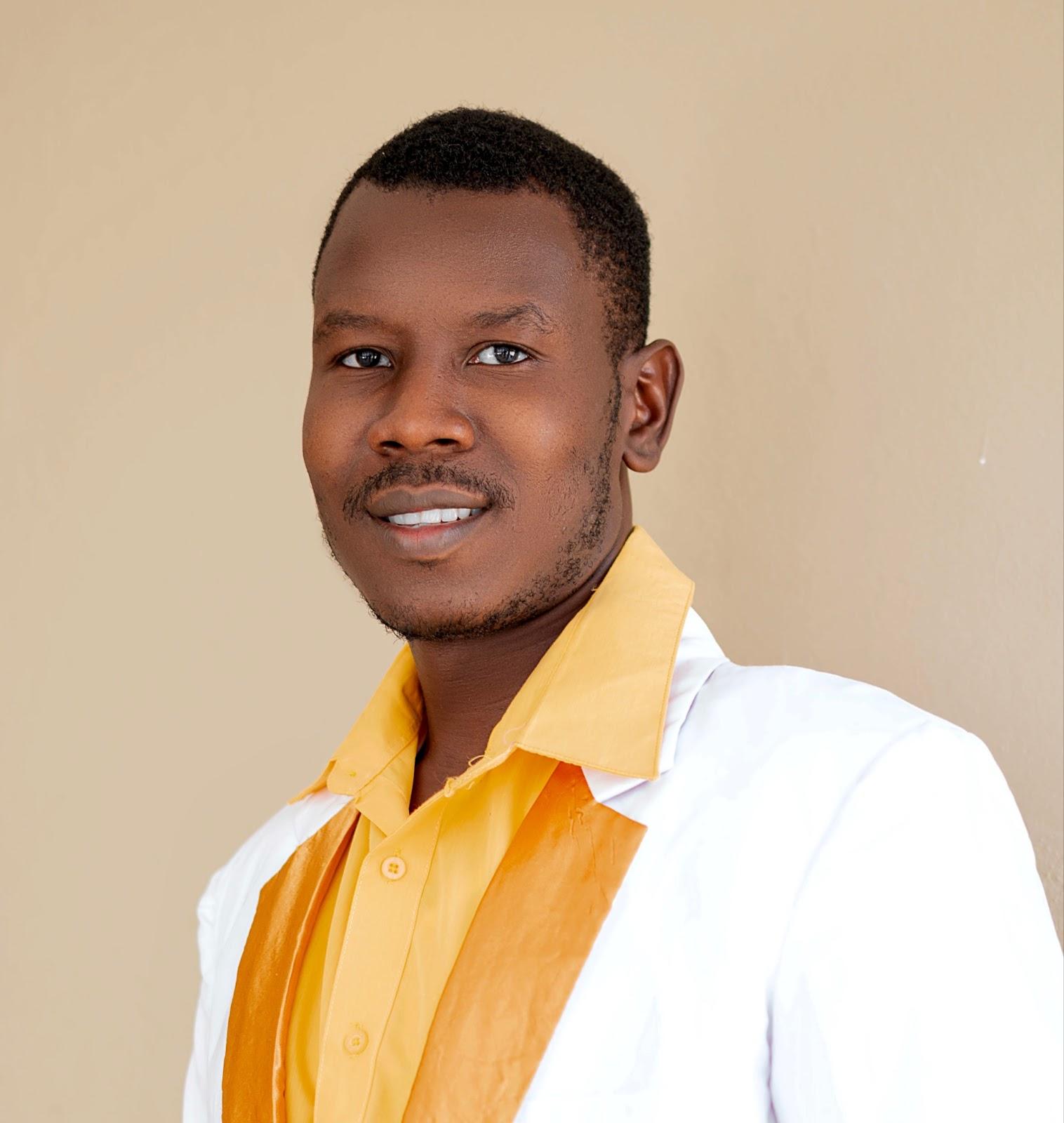 Fanel Justin was born on October 27, 1988 in Delmas, Haiti. He is married to Maulienne Jules and they have a beautiful son named Christnel. Fanel loves his country dearly and was overjoyed with the opportunity to be a part of Stand for Haiti and serve at a greater capacity. He started off as an English translator and quickly moved his way up. He is now the Executive Director of Stand for Haiti and managers all of its operations in Haiti. In his spare time, he continues to serve his country and community through his act of service in ministerial leadership. In his spare time, Fanel enjoys spending time with his family, reading & studying the Bible. 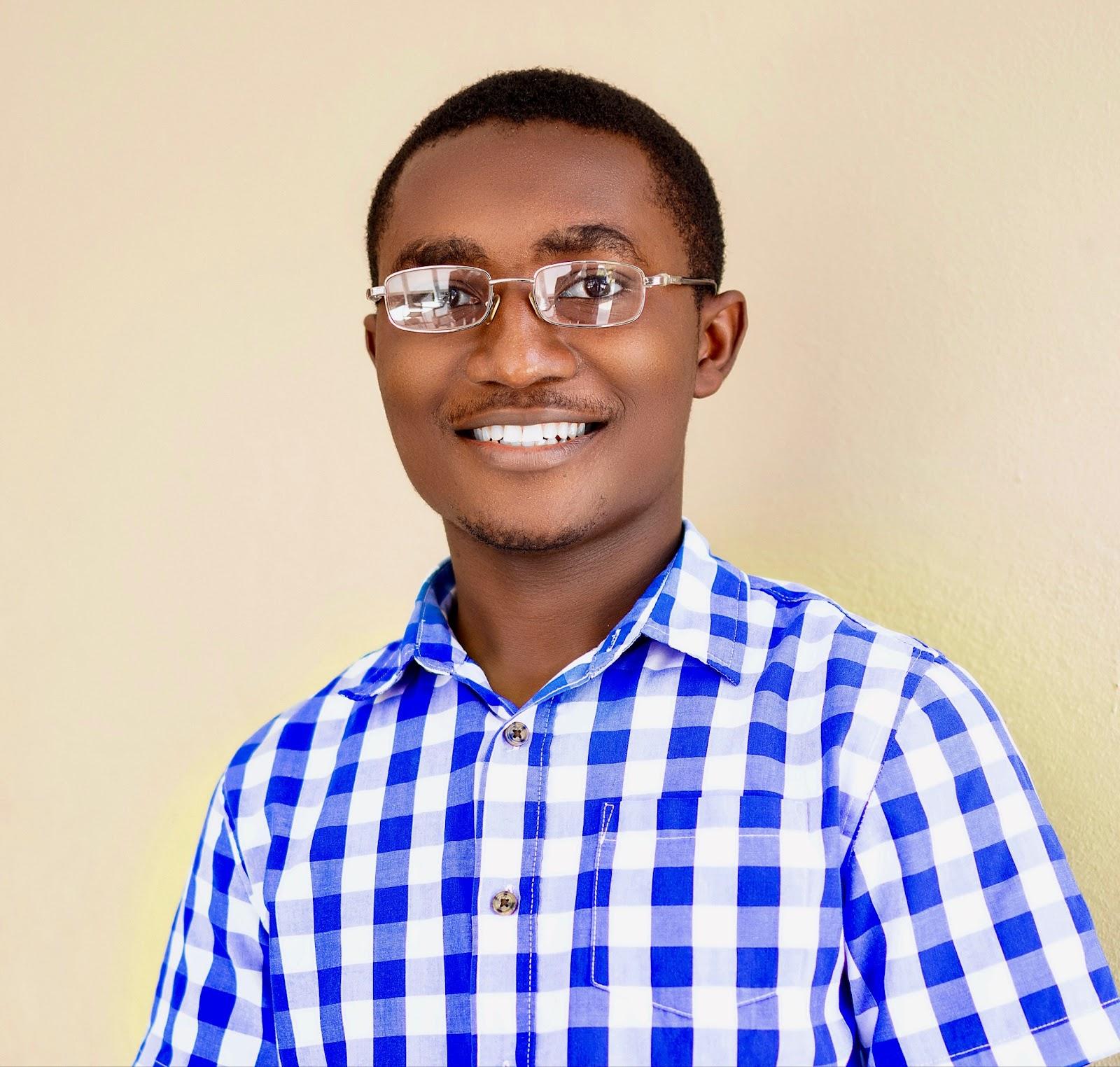 Dieunineken Laine was born on August 19, 1998 at Delmas, Haiti. He graduated from high school in 2019, and attended law school shortly after. But discovered his heart’s passion was more toward Computer Science. He is currently enrolled at a University in Haiti majoring in Computer Science. Dieunineken’s goal is to become a computer scientist. He is one of our instructors and English translator of Kanpe Haiti. In his spare time, he likes coding, mostly in python language. He also likes to help people with technology issues. He enjoys taking computer tech courses on youtube. Dieunineken finds much joy in writing and solving algorithms. 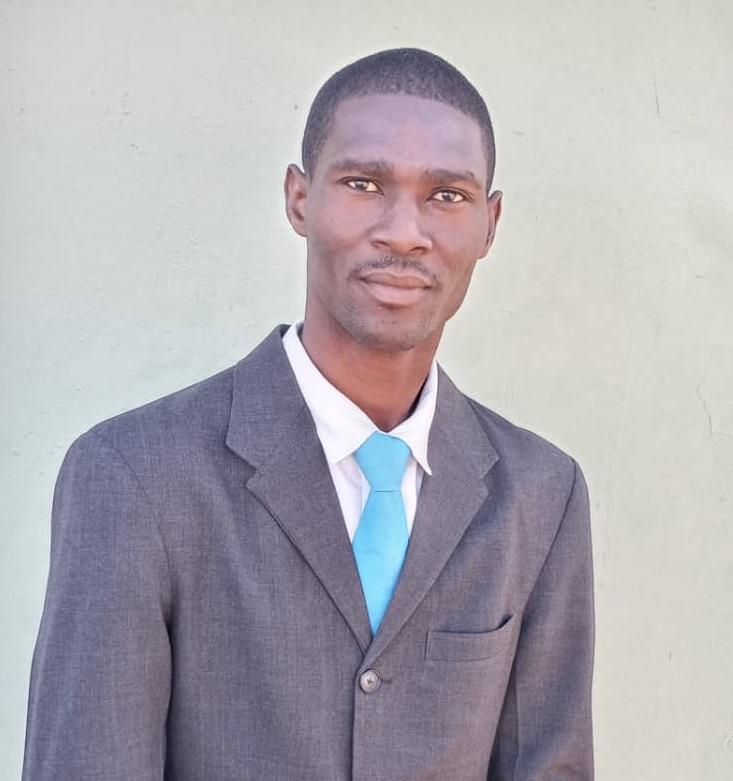 Rosenal Isme’ is married to Fledine Louis Isme’. He is an Administrative Director and Educator for Kanpe Haiti. He is studying Business Management at a University in Haiti. Rosenal also serves as a school administrator at a local school in Haiti. He has fully embraced the mission of Kanpe Haiti and the responsibility of serving his country. 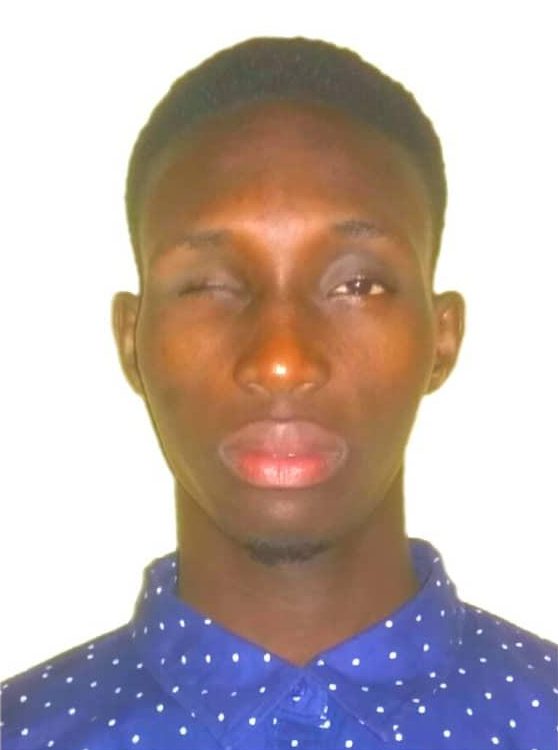 Pierre Richard Jean was born on April 18, 1999 in Croix-des-Bouquets, Haiti. He lives in a village called La Tremblay within the city of Croix-des-Bouquets with his parents and siblings. He is the second oldest of 8 kids. With the help of our LifeProof Educational Program Pierre graduated high school and is now a part of our Kanpe Haiti team. At 22 years old, Pierre is currently pursuing his education in Information technology (IT) and Graphic Designer. 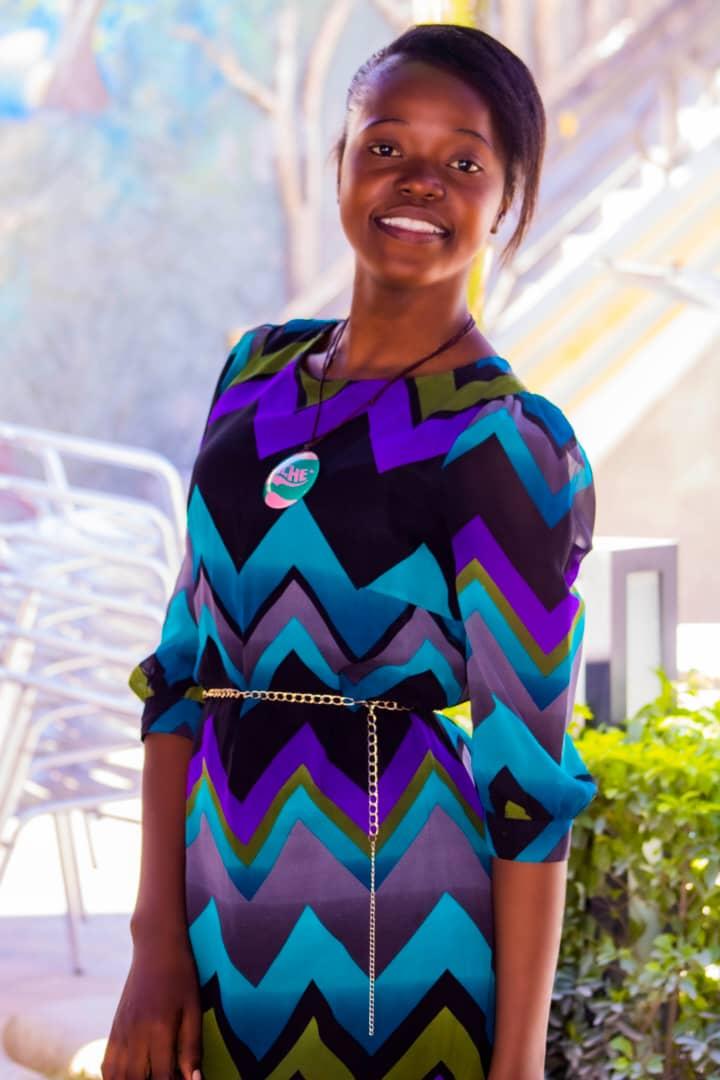 Dacheka Jean is a kindergarten teacher. In her free time she enjoys reading and listening to music. She is a determined person, full of patience and passionate about children learning. 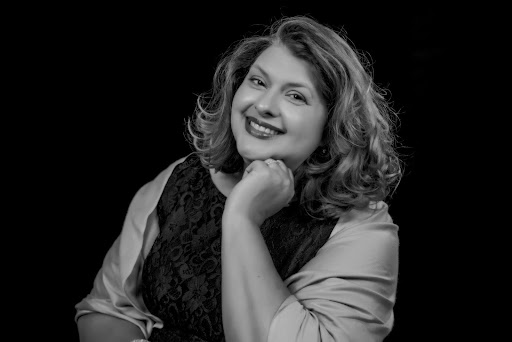 Lesa Spillers was born into a military family but came home to Charleston in 1988. She graduated from the College of Charleston in 1997 with a degree in Music focused on vocal performance. She still loves to sing, however, she discovered an aptitude for bookkeeping and has been pursuing this in various forms since 2000. She currently works as a Staff Accountant with Jarrard, Nowell and Russell, CPAs. In her spare time, she loves to travel with her amazing husband Joe and their two dogs. 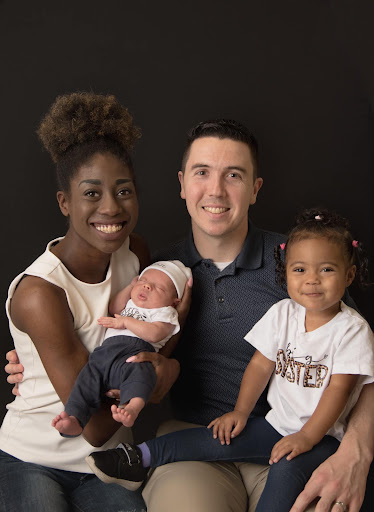 John Schreiner was born on Nov. 11, 1992 in Hammond, Indiana, and raised in Missouri. He is married to his beautiful wife Ieshia; they have a 2-year daughter named Ahmi and are expecting a son in March 2022. John graduated with a Nuclear Engineering Bachelor’s Degree in 2015 and furthering his college education with the Citadel working on a Master’s Degree in Mathematics. He is a military veteran and currently a Math and Chemistry teacher at Crown Leadership Academy. John is a co-owns of a clothing business, Endymos, that he and his wife started in September 2020. 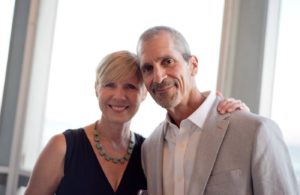 Steve Liverani is originally from Long Island. He graduated from the University of Florida in 1980 with a degree in Broadcasting. He retired after a thirty year career in the sports television industry. Following his broadcasting career Steve and his wife, Melissa, moved to Charleston on a full-time basis in 2010. He worked for Communities In Schools as a Student Support Specialist until 2016. Steve & Melissa moved back to Ohio to be closer to their daughters, Stephanie & Allison, and their grandchildren, River & Eden. They cherish their time with their family and also love to travel. 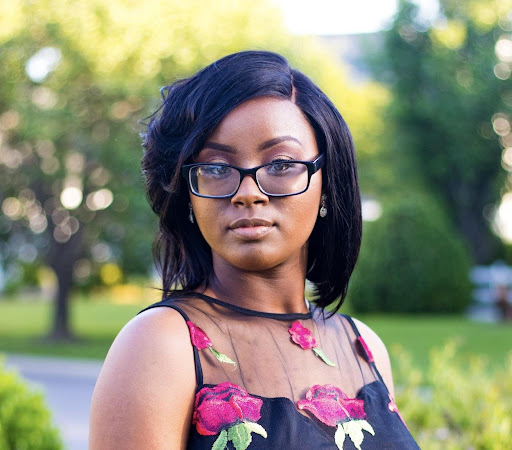 Olga Bailey was born on November 6, 1999 and raised in Charleston South Carolina. One of Six girls that love singing at church. She has traveled to Houston, Florida, Georgia, Las Vegas, and to Haiti with Kanpe Haiti. Olga said, “Traveling to Haiti was a real eye-opener for a girl from South Carolina. For a place so beautiful they don’t have the same resources we have here in America, but what they do have they are thankful for and that makes me want to help as much as I can.” She heard about Kanpe Haiti through her mother and my church, North Palm, which I attend with the founder, Jean Rebecca. Olga is currently studying to become a nail technician to start her own business. She also works part-time for Get’em Twisted Photo Booth and Royal Cosmetics LLC. She is excited to serve to Stand for Haiti as our Social Media Intern.

As long as poverty, injustice & inequality persist, none of us can truly rest. It doesn’t take much to change a life, Get in touch today and start making the difference.